Last week was the first taste of some of the time travellers messing up the timeline for everyone else. Well, here’s some more of them: 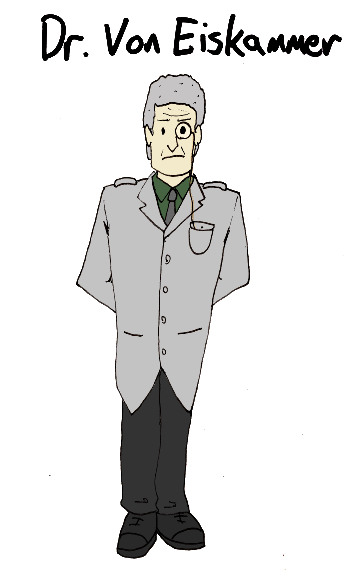 When this scientist saw his country being taken over by fascists, he decided he wanted no part of it. He invented a cryogenics chamber that would allow him to escape to the future. The only problem with that is that freezing oneself only gets them to travel to the future. If the scientist wants to get back in time to get home and maybe overthrow his enemies, he’s going to have to find another way. For example, he could steal someone else’s time machine. Well, with no better ideas, he’ll go with that one. 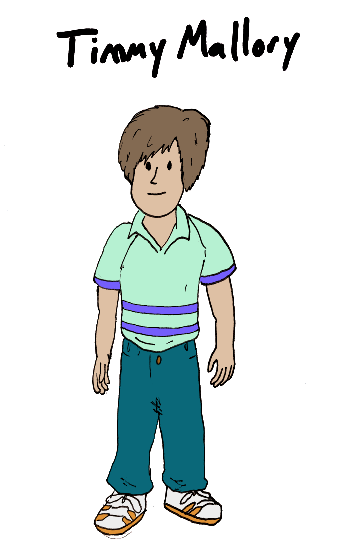 In the 80s, this precocious young boy was rummaging through his attic and found a case belonging to his grandfather. Inside there was a digital watch with a button that, when activated, allowed him to travel to entirely different time periods. Being a child, he had no compunctions about using his new powers to just play around and do whatever he wants. Like stealing candy or whatever kids do.

(It has been mentioned that this kid looks like little PDR. I was going more specifically for a reference to the kid from Time Bandits, but hey, whatever. Little PDR was a pretty iconic 80s kid.) 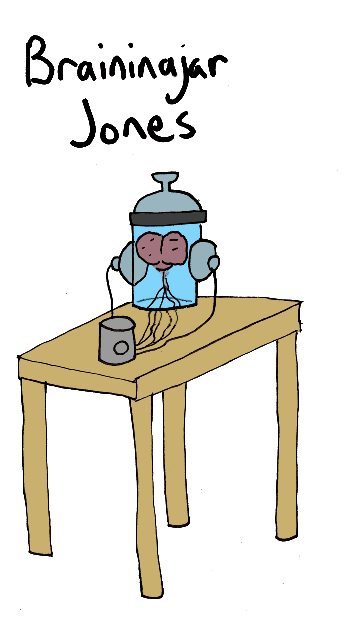 In the future, sometimes people will be brains in jars. This particular brain in a jar has access to a mental projection machine that allows her to send her consciousness through time itself into the bodies of people in the past or future. This allows her to alter the timestream in her favor, gathering a veritable empire of riches. Pretty good for a brain in a jar. 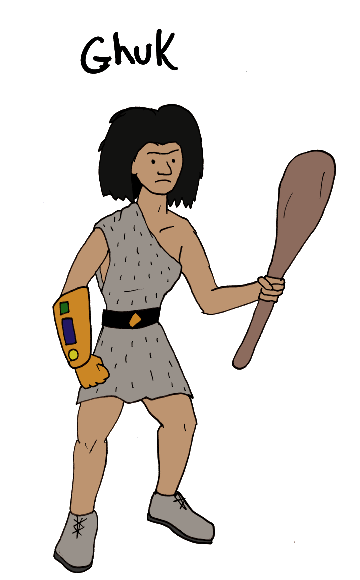 This cavewoman who stumbled across the remains of a broken time machine has decided to explore the future, though where her time machine takes her is mostly not a destination of her choosing. Though she likes the easy lifestyle that technology brings, she is generally not a fan of the clutter and confusion of the future. And with her temper, when she gets unhappy, other people find out very quickly and painfully. 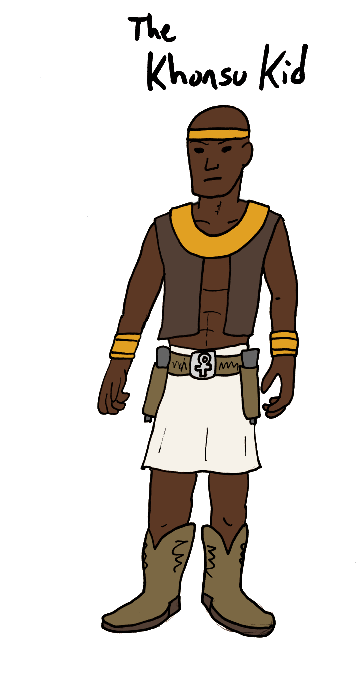 Time travel has seriously messed with the timestream. As a result there are time periods that shouldn’t even exist, called Anachroclasm eras. For example, this gunslinger is from an ancient Egypt that is full of cowboys and robots. Naturally, to survive in that sort of environment, he’s had to resort to some underhanded acts like robbery. Thankfully, crime pays: During one heist he discovered a fancy hat (not pictured) that allows the wearer to traverse the timestream. Very handy for avoiding the Pharaoh’s lawmen. 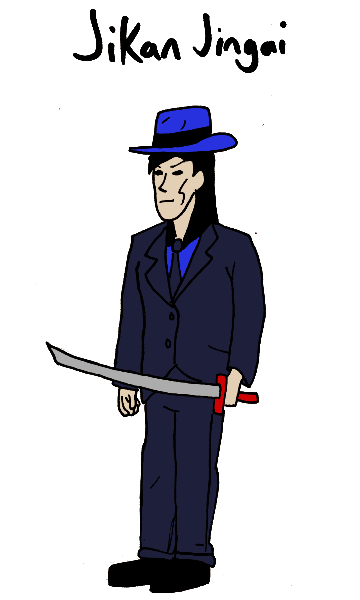 From another Anachroclasm Era, this one an Ice Age where criminal shoguns and their samurai mobs thrive while prohibition offers them opportunities, the Jikan Jingai uses time travel to get products from other eras and bring them home for sale on all sorts of black markets. If something is banned or can’t be produced in this freezing world, it just makes sense to go to another period to steal what you want, right? 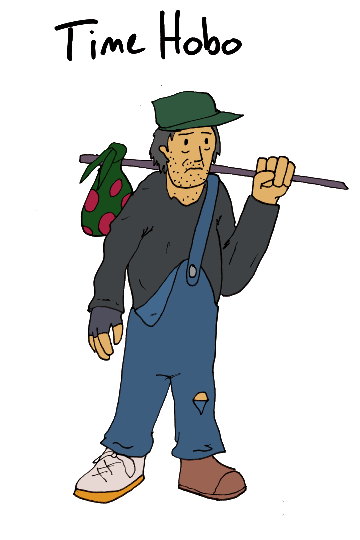 The Time Hobo doesn’t have his own time machine or access to any time warps or anything like that. But somehow, he finds his way around the timesteam. From the days of the dinosaur to the distant future, this eternal anachronism has a tendency to just turn up at the strangest times looking for whatever work he can get. Admittedly, he has a tendency to blow his earnings on get rich quick schemes (or wine), but he never stays down for long.

Okay, so that was a bunch more people who are messing with the timeline in their own interests. Isn’t there anyone out there who wants to ensure that history isn’t accidentally destroyed? Next week, we’ll meet the good guys (such as they are).