Back to the Efmons. As a reminder, this is a family of magically mutated monstermen who serve dark masters as part of a war to conquer the multiverse. 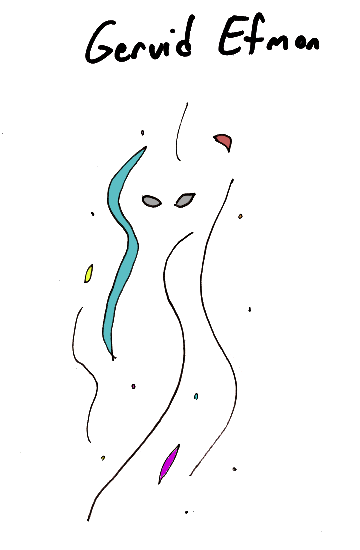 When Gervid was mutated to serve the family’s dark masters, he became a mostly intangible, seemingly indestructible sort of ghost-energy thing. Capable of skulking around and reaching secret locations, Gervid served as the family’s spy and assassin during the war. When the order came to abandon planet, Gervid was far into enemy lines. As they left, the rest of the family assumed he was dead, and when found no trace of them, he assumed they were dead as well. As such, Gervid is the last of the Efmons on their native world, lonely striking out at the forces who opposed them in the war, like some killer spectre striking from the shadows. 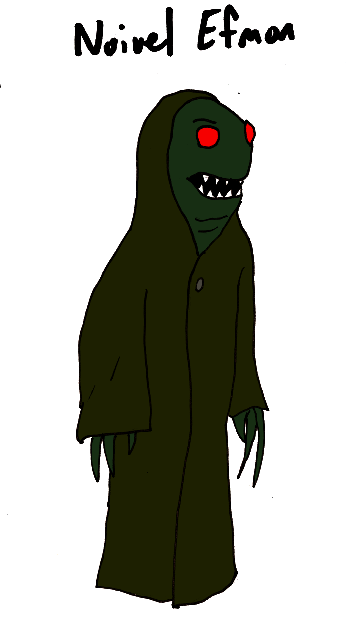 Noivel was the first of the Efmon family to be born after the post-war fleeing from their home realm. As her family hid in some desolate world of caves and darkness, licking their wounds and laying low, it was worried that those born away from their home universe would not be able to partake in the mutation ritual, but when the time came, the ritual was tried, and it was successful. Noivel gained a deadly lizardly warrior form. If anything, her mutation was judged more monstrous and powerful than the average Efmon transformation (though not the most powerful of them all). Taking this as a sign that the clan’s best days were still to come, the Efmons were emboldened and began their new plan to conquer to and different worlds in universes as far as they could reach.