Got a couple of ghosts here this week because it is… international ghost day? Yeah, that sounds plausible enough. 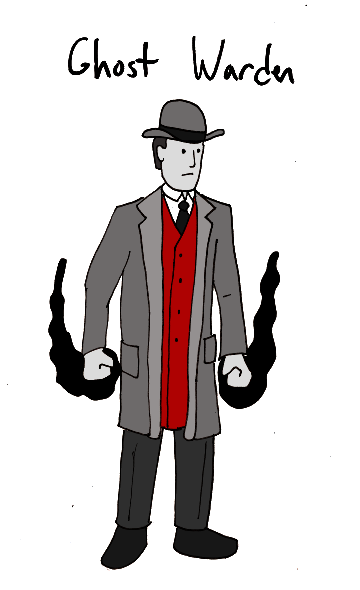 People who knew him disagreed about whether or not Warden Gagnon was a good man. He was a successful man, a good citizen, but he was cruel. His cruelty, however, was directed at the prisoners of the prison he ran, so many people accepted it. He had no interest in rehabilitation, but loved punishment. He was never willing to kill a prisoner, because dead men don’t learn lessons, but any torture he could devise short of that was fair game. Still, like a large number of people in history, Gagnon died. Perhaps the debate over Gagnon’s goodness carried over into the afterlife, because it seems that neither heaven nor hell accepted the man’s soul.

For more than a century, the Ghost Warden has continued to watch his prison. Escapees are tracked by the righteous spectre and those who dare to attempt to commit murder within its walls are attacked and beaten. It could seem that he is simply carrying on the severe imprisoning techniques of his life, if it weren’t for the fact that any corruption among the guards is met with the same punishment. Could Gagnon be trying to make up for his life choices? And if so, does that mean his soul is now a prisoner in the very prison he once ruled with an iron fist? 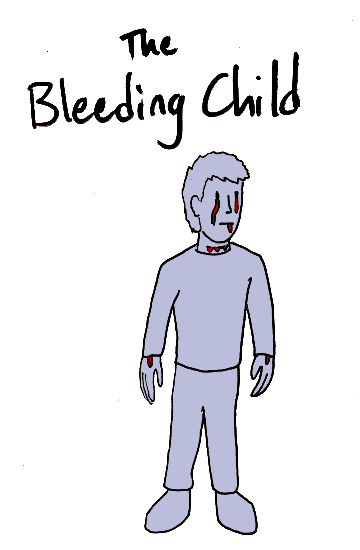 The ghost of the Bleeding Child had been seen for years by guests in the hotel. Late at night, when alone in a hallway, hotel guests would feel uneasy, like they were being watched. Looking around, they might catch a glimpse of a young boy. If they investigated any further, it was a regular jump scare situation, with the child lunging at them, his bloody wounds now visible, and suddenly vanishing. This went on for some time, word got out into the types of circles that talk about that sort of thing, and a documentary crew began investigating. They could not find any stories in the hotel’s history that might explain the events. No missing children or tragic cult rituals or anything were on record, or even rumored to be off record. Eventually the investigators just decided to take their cameras into the hotel for a few nights and see what happens. What happened next was a mystery, but maybe someday their footage will be found.

Obviously I’m trying to make a found footage plot here. If I ever told the story for real, I’d go places unexpected and weird, but for now this’ll do.