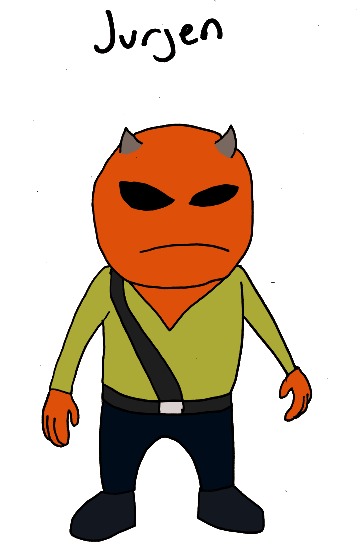 Jurjen fights evil spirits. He’s a plush toy. A mother gave the toy to her daughter and told her it would protect her. The mother, a wizard, did not make this gift and promise idly. She knows full well that evil spirits are real things and that they’d strike at her through her daughter. But the toy, Jurjen, remains vigilant. The thing about evil spirits is that they’re essentially imaginary, they’re more things of mind than matter. The little girl’s imagination is strong and fuel’s Jurjen’s jaunts into the mental realms where the spirits dwell. There, Jurjen fights the evil spirits, to protect a little girl’s life.

I drew this little guy and didn’t quite know what to do with him. The above is pretty vague, but I feel like it is something to work with. I kinda expect to expand on it in the future. The little girl’s mother, the evil spirits. There’s plenty to work with for future posts. 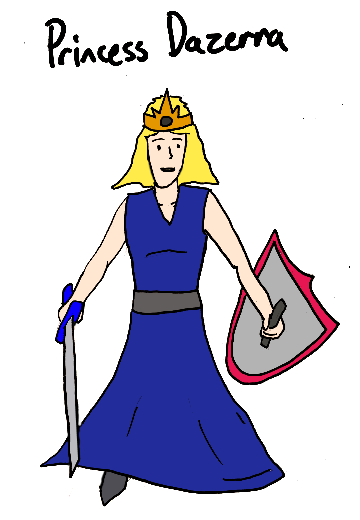 I usually like to put a bit of the character’s story here, but I’m just gonna launch into the background stuff for this one. I like video games where you have to save a princess. It is so simplistic and satisfying. Someone has been kidnapped and needs to be saved. Sure, it doesn’t have to be a princess (Adventure Dennis had to save the Mayor), but there’s something about princesses that just makes it work. Obviously it can be problematic to present princesses as weak and, essentially, objects to motivate the hero, but suppose I want to create a Zelda-style game someday. I need to have a princess there to rescue, right? Correct, but Princess Dazerra is not that princess. Princess Dazerra is the protagonist of the game. She’s on a quest to save her younger sister, who has been kidnapped by the forces of evil. Two princesses, man. This game would rule.

I figure the mechanics of the game would involve finding different gemstones that, when placed in her crown, give Dazerra different abilities to solve puzzles and fight monsters and all that video game hero stuff. I also figure that, man, I suck at drawing swords.