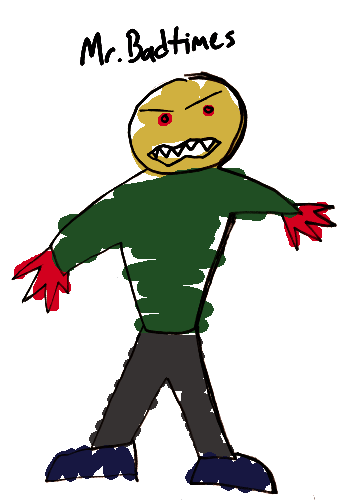 Five-year old Joey Cavichi has quite an imagination. It just so happens that whatever he draws can come into the real world. Now, when Joey drew a person, the person that came into the real world was not alive. But Joey realized he could wear this drawing like it was a suit of armor, and within he could control it. From within, he found he was superhumanly fast and strong. It was like riding a grownup-sized mech. Joey realized, with this, he could do whatever he wanted, and nobody would know to blame him.

The usual example of a child with creepy imagination powers has a kid who can just will things into existence or whatever. That’s all well and good, but I decided to go a different way with it, so that the kid can get into actual fistfights with superheroes. Fistfights are an important part of superhero comics after all. 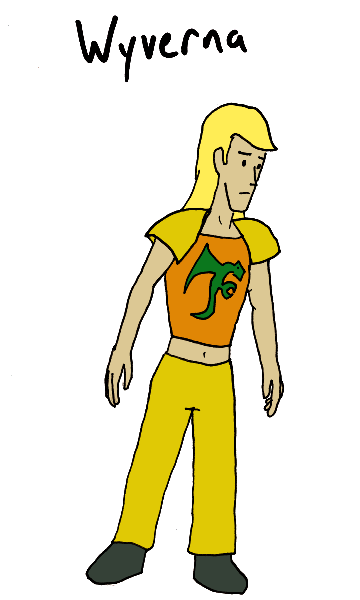 Like her ancestors, Anna Laughlin can summon forth the spirit of the mythical Wyvern. Creating pseudophysical manifestations of wings, claws, a tail, et cetera, Anna can fly, slash through stone, and so on. While many of her ancestors had used the powers sparingly (because they can be detrimental to the user’s health), and generally for good (including in the World Wars), Anna has become Wyverna, a full-on supervillain. Why have superhuman powers if you aren’t using them for your own good, right? Her criminal career has led to her tangling with another person whose powers run in their family, the Flying Falchion.

It was difficult, while coloring this character, not to make her look like the Welsh flag. Also, I don’t know much about the Wyvern of folklore and I didn’t do any research for this character. I mean, if I ever actually used her in a story, I’d do so, but for now I’m content not knowing a thing.