Suppose that you’re the kind of person who is completely okay with identifying yourself as a supervillain. Your disdain for society has placed you in a mindset where you can happily say “I’m the bad guy” and your love of death rays keeps you from just being satisfied with drug dealing, tax evasion, or politics. You need to be a supervillain and that can be a lonely life. Superheroes keep beating you up and henchmen are unreliable. But the thirteen members of the Villainy Alliance prove that supervillains can work together and fight loneliness and the forces of good at the same time. 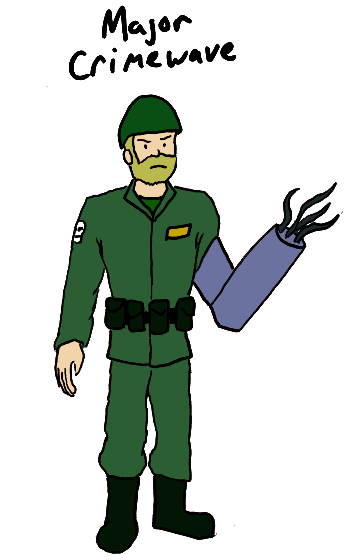 A cyborg with a variety of weapon arms, Major Crimewave was never really in the military, but he liked the idea of military rigor and discipline so much that he based his attempts to conquer the world around it. Eventually, though, he realized that world conquest was a bit out of reach for one guy with a platoon of crooks, so he joined the Villainy Alliance to make his goals more achievable. 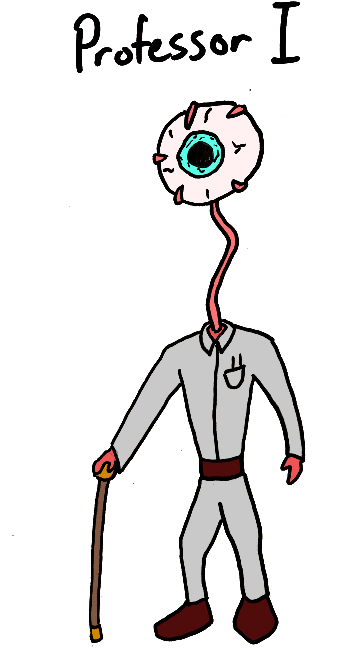 The result of a lot of genetic tinkering, Professor I is an incredibly talented little freak. It is unfortunate for society that I uses that talent for crime science. The builder of the Villainy Alliance’s headquarters and designer of many of their weapons, I doesn’t like to go on missions, but can always be found woring hard in the Alliance’s laboratory. 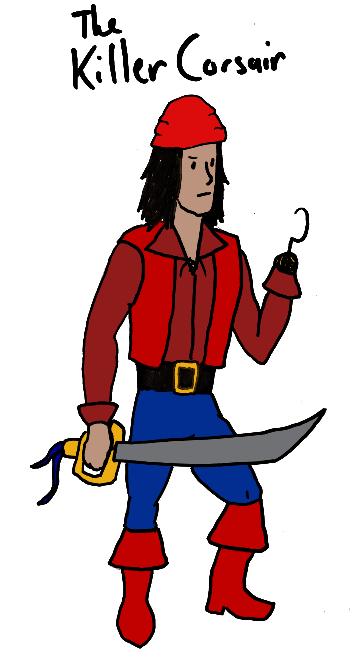 The Killer Corsair is a feared pirate. She’s leader of a bloodthirsty crew of criminals who like to hijack ships and ransom crews, but the Corsair herself enjoys playing up the swashbuckling role and masterminding outlandish schemes. She provides the Alliance with her henchmen. 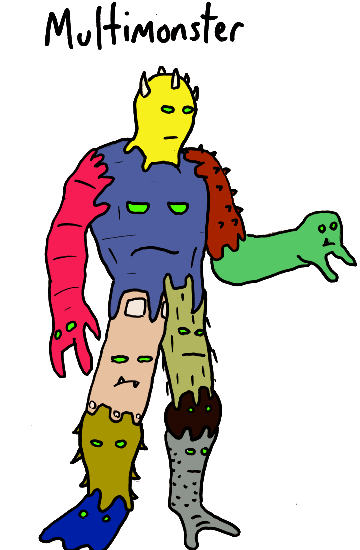 The Multimonster is used to working on a team, being a hive mind of alien creatures. On their world the group was the first to achieve this sort of gestalt unity, the rest of the population considering it abhorrent, but Multimonster grew strong. An insatiable urge to conquer brought the Multimonster to Earth and to the Villainy Alliance. Each segment of the Multimonster has different powers and they can separate to perform different tasks as needed.

On her own she was just a jewel thief in a bird suit that allowed her to fly, but since joining the Villainy Alliance, Avian has moved up in the ranks of infamy. And that is important to Avian. She is very interested in maintaining a reputation as a badass criminal, because as far as she’s concerned, if you aren’t tough, you’re weak, and that’s the worst thing you can be. 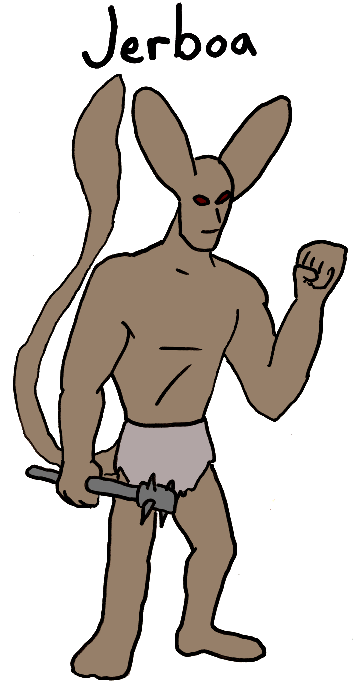 A wanted criminal tried to escape police pursuit by hiding in a science experiment, he wound up trapped there as it activated and became mutated with a Jerboa. With his newfound superhuman hopping abilities, combined with his previous streetfighting experience, he became a formidable fighter, but not so powerful that he can take out most superheroes. With the idea of safety in numbers, Jerboa took up with the Villainy Alliance. 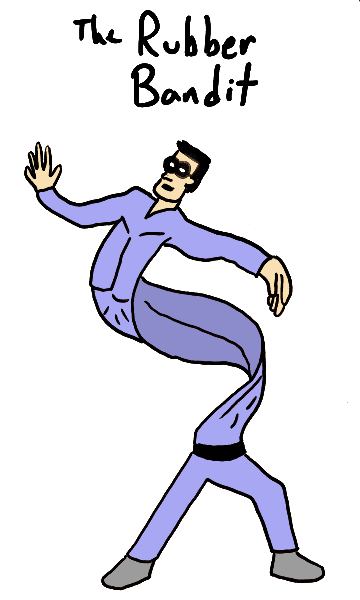 It’s a simple concept: a criminal who can stretch like rubber. For years the Rubber Bandit has been a successful part of the supervillain scene. Using the profits from his crimes, the Bandit funded clubs for super-criminal networking that led to bringing together the Villainy Alliance. 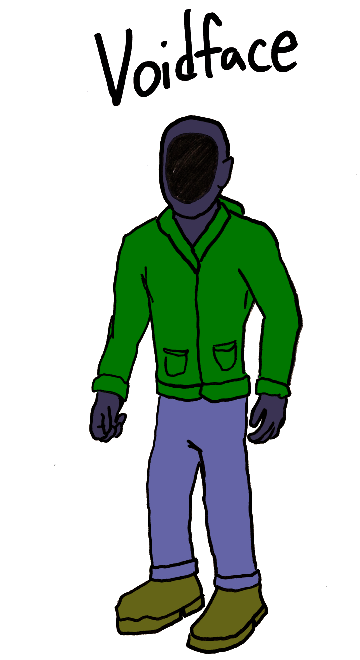 Some sort of sentient portal to an empty dimension, the being known as Voidface has commandeered a human form and joined the Villainy Alliance. With the ability to create suction or expel force through the void in his face makes him a powerful foe. His motives are not entirely clear, but he seems happy to do crimes with his friends. 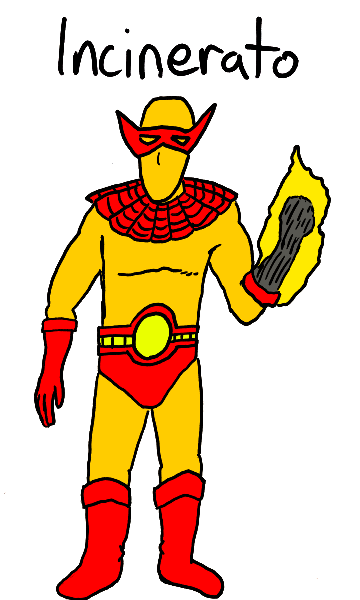 Some people just love the dramatics that go along with supervillainy. Incinterato is one of those. With the ability to generate and control flame, Incinterato wasted no time dressing in an elaborate costume, building a fire-themed headquarters, and holding cities for ransom. When the opportunity to join a full-fledged supervillain team arose, he did not hesitate for a second. 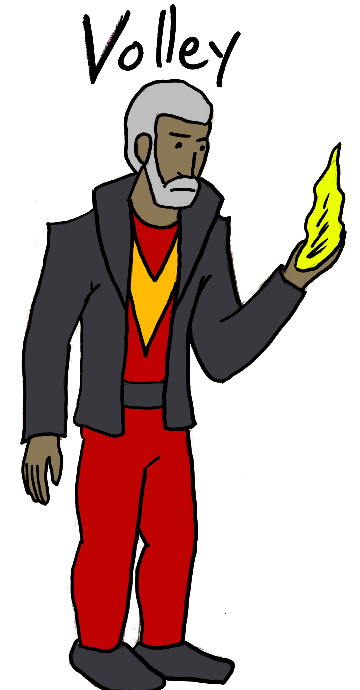 Given the ability to generate bursts of energy at will, Volley served in the military for several wars, but eventually looked at his life and saw how little he had to show for it. Instead, he decided, he should be working toward more selfish ends. He became a supervillain, then joined the Alliance, and has had such a good time that he’d got no compunction to go back to the straight and narrow. 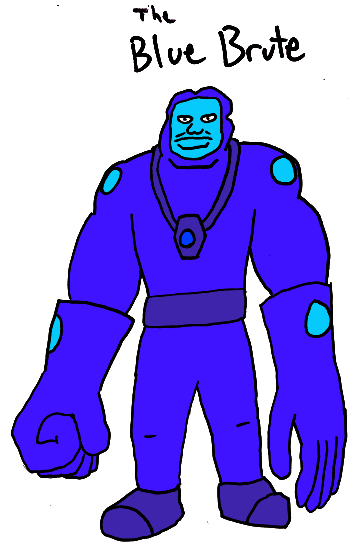 A criminal from an alternate timeline who escaped justice their by coming here, the Blue Brute is an extremely strong and violent offender. In a way it is fortunate for society that the Blue Brute has been recruited by the Alliance, because on his own the Brute would simply be following his own homicidal whims. 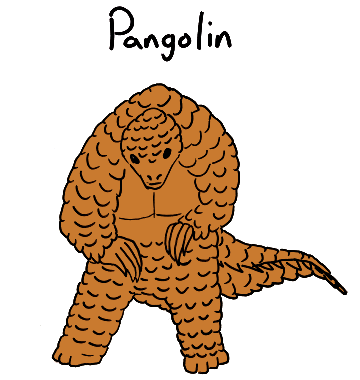 Wearing a suit of cybernetic armor modelled after the pangolin, the criminal called the Pangolin was a formidable force as a bodyguard for hire for various mob bosses. But when one of those bosses thought it would be a good idea to kill off the Pangolin because she knew too much, the Pangolin had no choice but to kill the mob boss off. That pissed off the entire crime syndicate and the Pangolin was on the run. At least, that was, until she found a home with the Villainy Alliance. The syndicates are not stupid enough to continue their vendetta against this group. 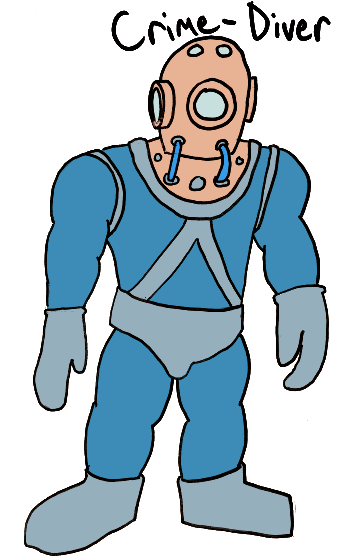 When you’re entire theme as a supervillain limits you to underwater crime, you have few options. Sure, the Crime-Diver is strong and tough and can hold his own in a fight with a superhero, but unless he’s underwater, he is just a thug on the low-end of the dumb muscle spectrum. But with the Alliance, there are always smarter villains around who can find a role for the Crime-Diver’s skill set.