A year or two ago I bought a box of tissues solely because it had superheroes on the box. At the time I didn’t need them, I just liked that it had superheroes so I bought it. Hopefully revealing that weakness won’t lead to manufacturers of products like corkscrews and ladles adding heroes in the hopes of getting my sales. But anyway, I mostly forgot about them until this holiday season when I got something of a cold. Now needing the tissues and keeping the box by my side for several days I got to thinking about them once more, and now I must bring that thinking to the Internet. 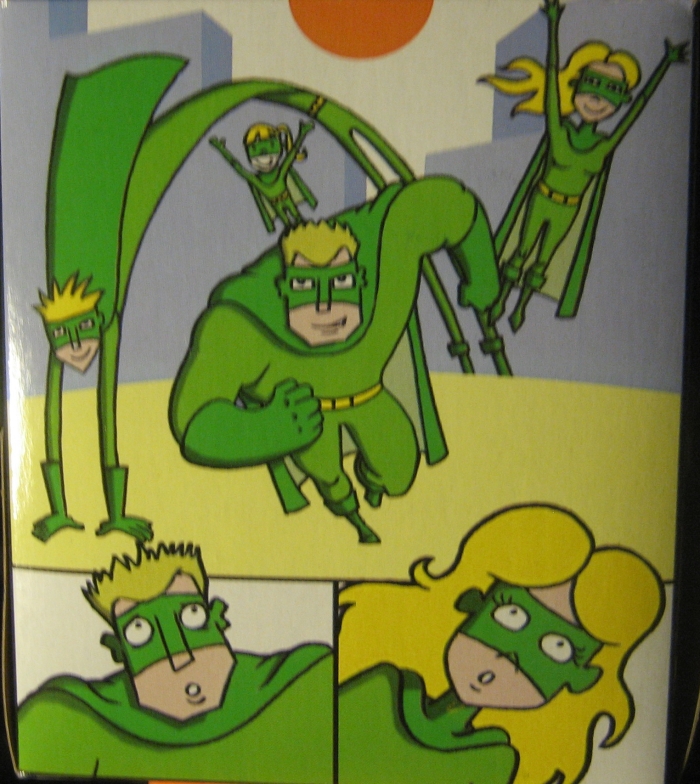 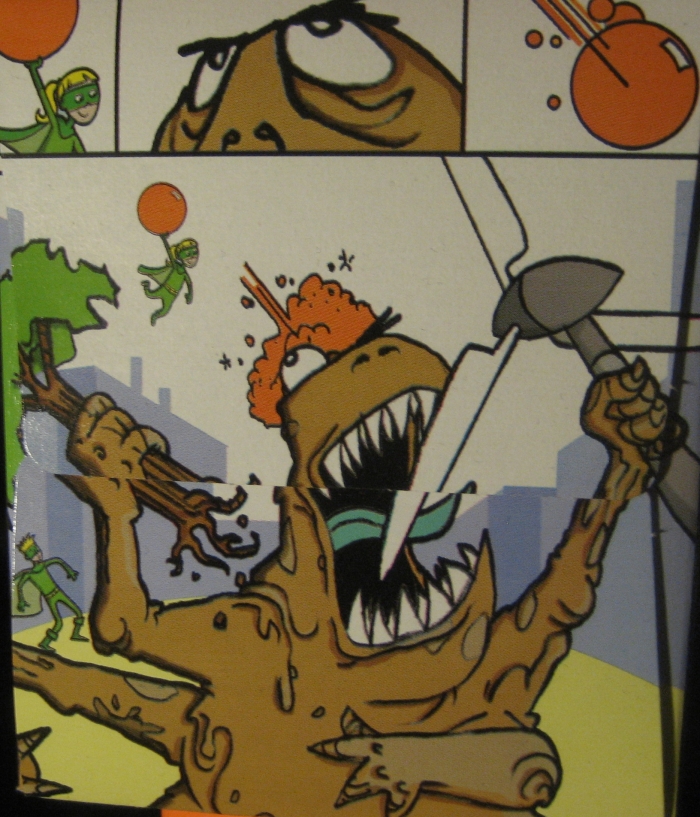 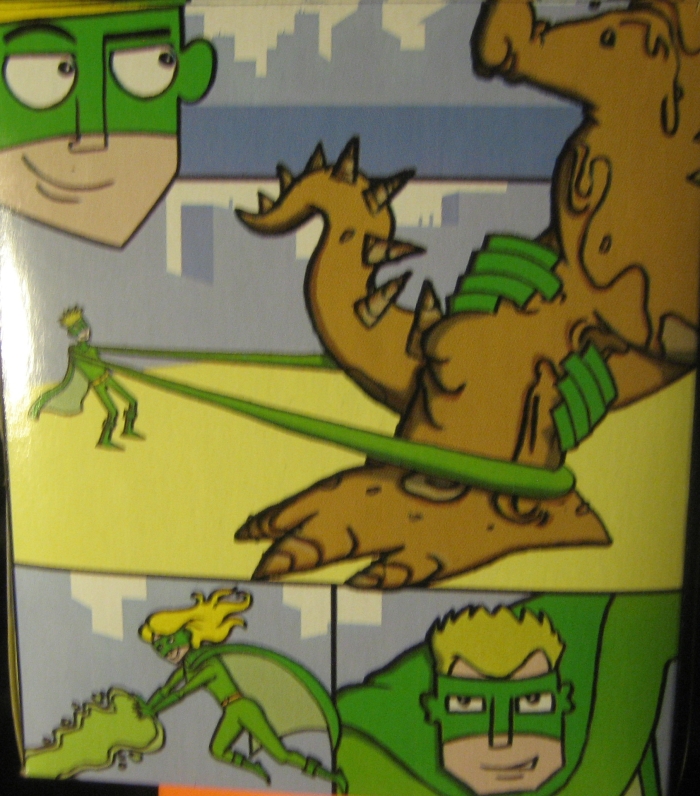 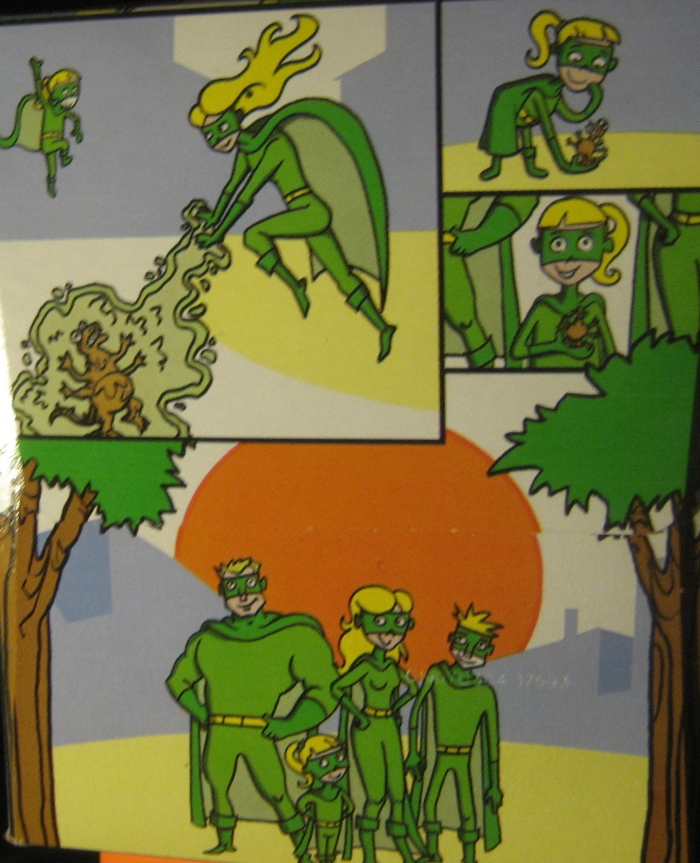 There they are. They are out on patrol perhaps, notice a big monster and proceed to stop its rampage. That’s superheroes for you. I’ve no doubt that these guys are inspired by the Invincibles. They’re definitely a family.

First thought, I would say they are Environmentally friendly heroes. The green costumes. The slimy monster who eats trees and windmills (!!). The fact the tissue paper they sell was made of recycled materials. It all adds up. Perhaps they’re not like the Planeteers who only fight enviro-crime, but they certainly lean that way.

So that’s them. We don’t know their names or anything else about them. I have to wonder, though, did the person hired by No Name brand to create these heroes and decorate a box of tissues with them put more thought into them than went into the story. Is this a case of fictional characters who have been thought out more than their medium gives them a chance to show? Could their creator have given them names and origins or were they but a moment’s work and then forgotten. Were they a labor of love or a mercenary way to spend a day drawing?
Either way, this post is a monument to these forgotten heroes. We salute you! You’re still better than Aquaman.

I AM PROBABLY THE FIRST PERSON TO TALK ABOUT THESE GUYS ON THE INTERNET. I WIN.

My cold is totally better now.