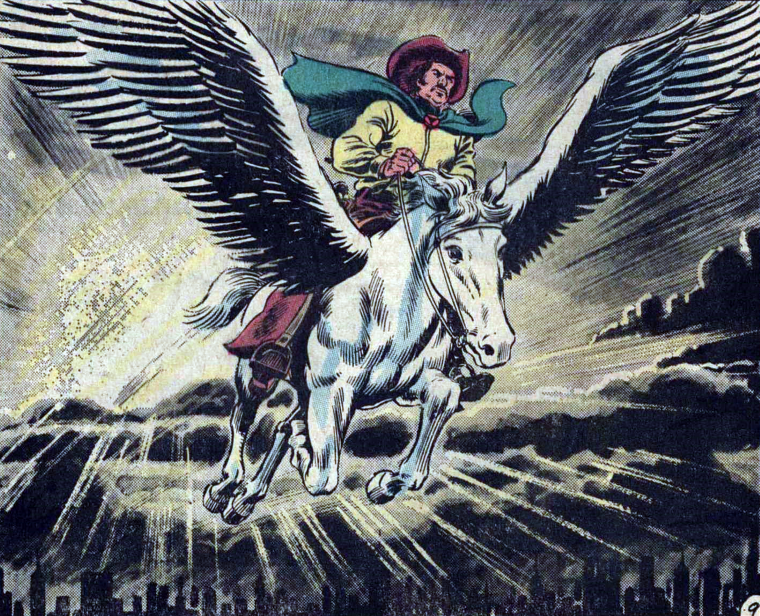 Terra-Man is a pretty minor villain from the Superman franchise, having had his heyday in the 70s, but he deserves more. Classic Terra-Man is like this: Tobias Manning was the son of an outlaw in the wild west. When that outlaw died, Toby was abducted by an outlaw alien. Raised in space, Tobias made a name for himself as a notorious criminal across the galaxy armed with powerful alien technology and a western theme. At some point in the 80s or 90s, I guess the writers forgot how awesome the idea of a Wild West Outlaw From Space is, so they reintroduced Terra-Man as an eco-terrorist. Maybe there’s a case to be made for adding an eco-terrorist to Superman’s villain cast, but not at the expense of the cool Wild West Outlaw From Space! Luckily, there have been a few minor cameos of Terra-Man in more recent years that tend toward the Wild West version, so I think things are in the process of correcting.

I admit that there’s not really a shortage of Opposite Supermans in the villain cast. You’ve got your Bizarros and your Kryptonian criminals and your Nuclear Men and so on, but at least Terra-Man comes at it from a different angle. Clark is an alien who came from space and gained powers he uses to help humanity, Toby is a human who went to space and gained powers that he uses selfishly. It’s a perfect contrast. To top it off you could use his to represent a kind of old-school masculinity that Clark doesn’t. All while riding a flying horse!

I don’t have much more to say today. If we say that Terra-Man is currently a C-List Superman villain, I see no reason why he couldn’t be an A-Lister. He just needs the exposure.