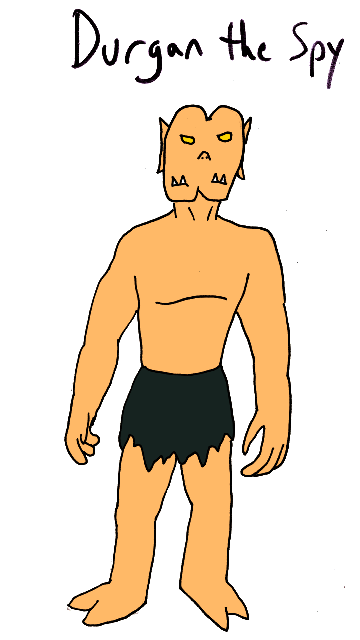 In the Cosmic King’s mystic realm, there are no enemy powers. There are no other nations, there are no rivals. There is only the King, his demonic servants, and the abducted human populace. Who then, does Durgan spy on? Everyone. He roams, in secret, all over the realm watching to make sure that everyone is doing what they should be. He lacks the strength or claws that some of the other demons have, but he can disguise himself, camouflaging to blend in to the background. He moves silently, but quickly. He could be right next to you and you’d never know. He’d be reporting your doings back to the King, sealing your fate, and you’d have no idea. While Krig the Harmer is the demon that the humans most fear, Durgan is the one they should most fear, but they don’t even know he’s there. When Justice-Man comes, he is pursued by Durgan almost non-stop. Only J-Man’s knowledge of techniques centuries more advanced helps him escape. 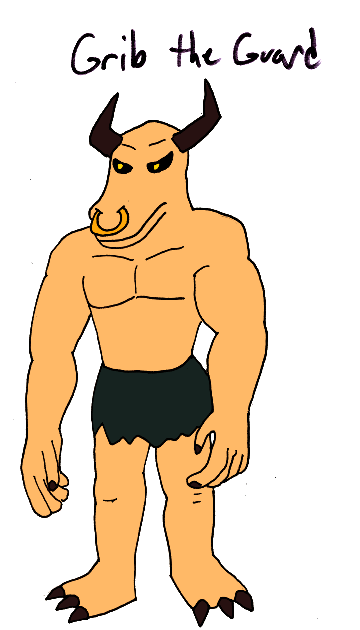 The demon Grib spends most of his time standing directly in front of the entrance to the Cosmic King’s castle. Unless he is specifically needed somewhere else, his presence at that gate is made visible enough to prove a point. You are not going to get past Grib. Like Snegg the Builder, Grib spends a lot of time simply standing. But unlike Snegg, Grib does not simply shut down his mind. Grib is constantly thinking, constantly aware of his surroundings. He is always trying to think of ways that someone might be trying to get past him. In a way, this makes him the most cunning of all the Cosmic King’s demons, though he does not get the chance to use these smarts very often. When Justice-Man begins his raids on the King’s castle, Grib finds himself with a sense of purpose he never had before. He longs for a chance to capture the hero raiding the castle, such an accomplishment would prove that he has lived up to the very purpose he for was created for. 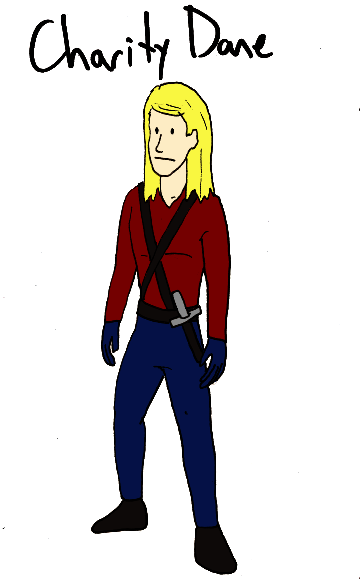 Eventually Justice-Man wins, of course. He overthrows the Cosmic King and frees the enslaved human population. All these people, kidnapped from Earth so long ago, are returned to the modern world and, though they’re free, it is confusing and frightening for them. Charity Dane, though, reacts pretty well. After helping Justice-Man’s rebellion against the tyrannical King, she got a taste for helping the oppressed. Brought back to Earth, she joined the super-agency BEST, the same group that helped Justice-Man adjust after his life as an assassin. With BEST, Charity was able to put her abilities to use opposing all the tyrants the world had to offer.

And her abilities are more than just her natural cunning and skill. All that time spent in the Cosmic King’s mystical realm being kept alive had an effect on the slaves. Back in the real world, they are now more than human. They don’t seem to age any more, and they can take more damage without dying than normal humans. Those are skills that will serve Charity well, but could also be problematic if any of the others decide they don’t want to play by the rules.