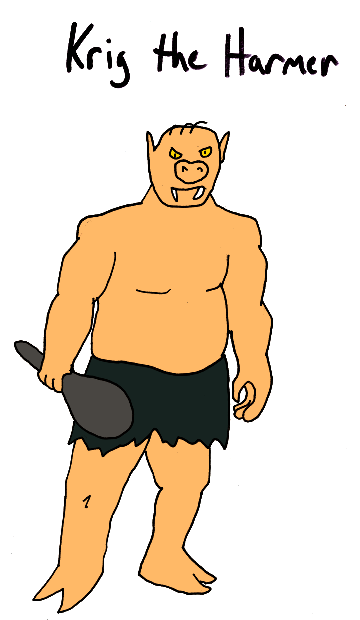 The first thing that a tyrannical ruler needs is someone to hurt people. For the Cosmic King, that someone is the demon Krig, who exists solely to deal out harm. He is essentially the leader of the King’s secret police, except that he is also the entirety of the secret police force. But he’s all that is needed. The King does not allow his subjects to die (they have all been kept alive in his pocket dimension since he abducted them centuries ago, and no new ones have been born), so execution is not an option. But torture sure is. With immortal subjects to experiment upon, Krig has learned some very advanced pain-making techniques. In his service as the police force, Krig has a reputation among the human population almost like a boogeyman. “Be good or Krig will get you.” Considering there are no children in that human population, that’s a sign that he’s greatly feared. When Justice-Man arrived, it was Krig who first fought him, and who led the quest to find the hero when he hid in the great woods surrounding the King’s city. 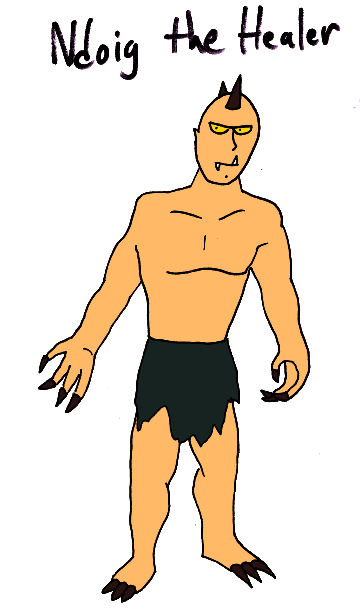 A tyrant may consider his populace beneath him, but he still needs that populace to survive if they’re to serve him. As mentioned above, the Cosmic King is keeping his abducted people alive through mystical means, but they can still be hurt. They can even suffer injuries that would be fatal for people on Earth, such as being crushed by a stone. Ndoig is the demon who has to patch them up. With knowledge from Nork’s books, and claws on his fingers that are perfect for surgery, and centuries of experience, Ndoig has become quite efficient at his job. Ndoig is the demon that is most likely to interact with the humans. He’s the one they’re most likely to speak to and even know. As a part of his ‘programming’ he is made to somewhat care about their well-being as well. He has the most compassion for the populace and they, at least somewhat, like him for it. But when Justice-Man comes and the humans start to support him, Ndoig’s loyalty is still to the Cosmic King. This causes no small amount of inner turmoil in the Healer, who is forced to decide between his master and his patients. 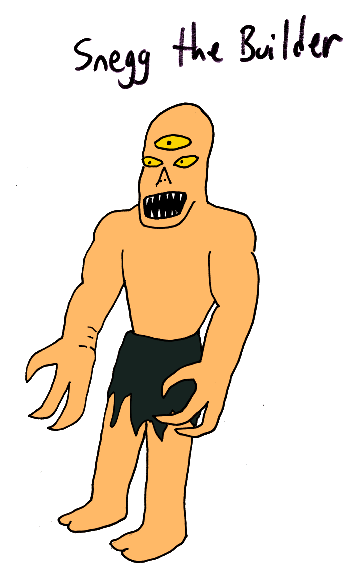 Naturally, if you’re building a world, you need a builder. Snegg is the Cosmic King’s architect, carpenter, stonemason, and more. He’s an all-purpose demon for creating castles and fortresses and even homes for the idiot slaves if we can get around to it. Snegg is the absolute dumbest of all the Cosmic King’s demons. Any thoughts that aren’t about building are too complex for him. When he’s not working, he will just stand, motionless, wherever he was when he finished working until he gets further orders. When Justice-Man arrives and begins fomenting rebellion, Snegg is put to work building new devices, war machines, and eventually eventually even automatonic soldiers. With claws that can cleave stone and strength to rip trees from the ground, one might think that Snegg could be useful in battle, but when actually faced with enemies on the battlefield, he is completely useless. War isn’t building, and that’s all Snegg knows.