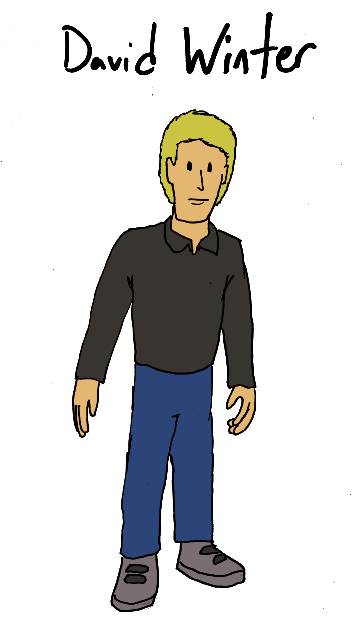 It has been foretold that there will be a boy who will make the world a better place. He will have the power to stand up against all the forces of evil and drive them away. That boy is David Winter. Could he be the most important person to ever exist? He certainly seems to think so, and is not ashamed to let you know that. With his posse of more colorful and interesting friends, David spends a lot of time talking himself up, and hasn’t yet taken a single step toward making the world better.

As a person who hates almost every aspect of everything I love, I must say that near the top of the list of things I hate in fiction is the Chosen One narrative or anything where a character is prophesied to do great things. I admit it can be done well (generally I can tolerate it a bit more if it causes problems for the character), but too often it is just a way of telling the reader that the character is important. I don’t want to see characters that are important because of outside influence. I prefer to see characters earn whatever importance they wind up with. 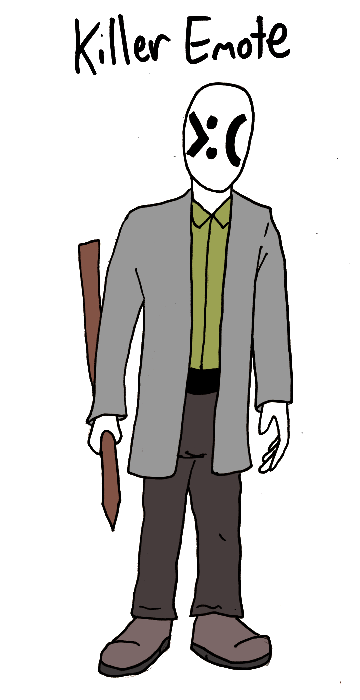 Kids these days are all about the texting. There’s a lot to worry about with kids online, you’ve got cyber-bullying and sexting and, of course, the supernatural serial killer who slaughters any teens stupid enough to get his attention. The Killer Emote! His information can be found on the darker sides of the Internet, and when a teenager tries to contact him (usually on a dare), things end in a bloody mess.

I already did a slasher movie villain from the “makes jokes and has a personality” vein, so to balance things out, I knew I had to do one who comes from the “silent, slow-moving masked killer” mold. This type of slasher villain can get away with not being supernatural in nature, but this is Supernatural Sundays month, so the Emote is. The Killer Emote is the type of character who would have appeared in a low-budget slasher from the early 2000s written by people who know texting is the popular new thing and just need to find a way to turn it into horror flick.