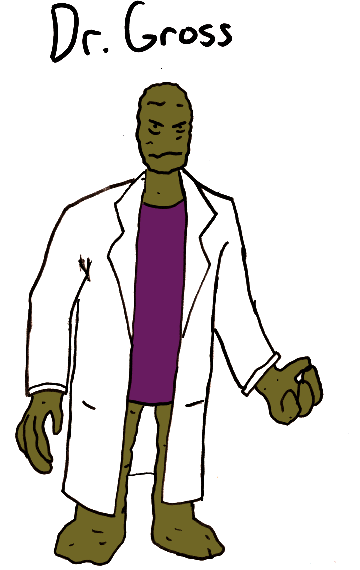 A brilliant scientist devoted to improving the human body, Dr. Gross’s experiments came to a tragic end when a simple accidental jab of a needle into her finger transferred a virus into her bloodstream. The virus took over her body and reworked her into a living, walking biomass. After some time, Gross’s mind reestablished control, though traumatized by the experience, and Gross took up her experiments again, this time hoping to find a way to reverse her condition. Unfortunately, doing super-science costs a lot of money, so she turned to crime to finance her experiments. Luckily, attempting to modify the human form in this way has given her a number of superhuman women to serve as her henchmen. 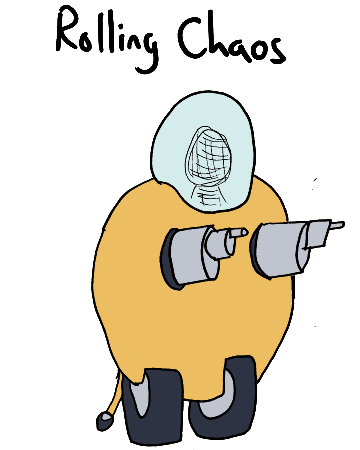 Questa Simonson was homeless and perfectly willing to make some cash by signing up for strange experiments. Gross made her into Rolling Chaos, a cyborg who can transform into a compact vehicular form capable of dealing out immense damage. Being her first such experiment, Questa is Gross’s longest-serving and most loyal crook. 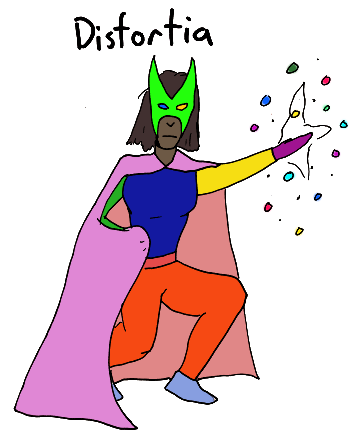 One of Gross’s experiments resulted in a woman who now exists in a terrible state of flux. Bulging and pulsating seemingly at random, Distortia is frequently in constant pain, though that pain lessens when she focuses her power into other things, which inevitably tears them apart. Though she blames Gross for her fate, she stays with the team because of the hope that Gross will one day be able to reverse the condition. 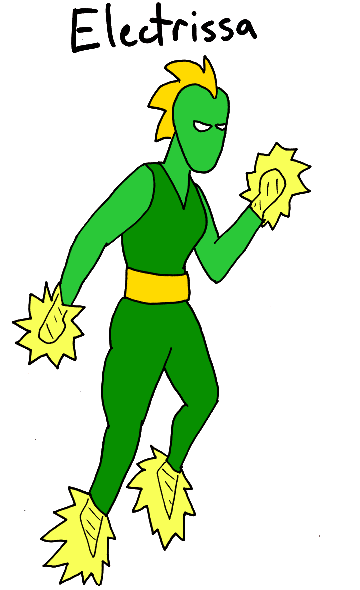 Electrissa is the quiet one. With electric eel-style shock powers, and some aquatic mutations to go with it, she is a useful member of the team, but she doesn’t associate too closely with the others. 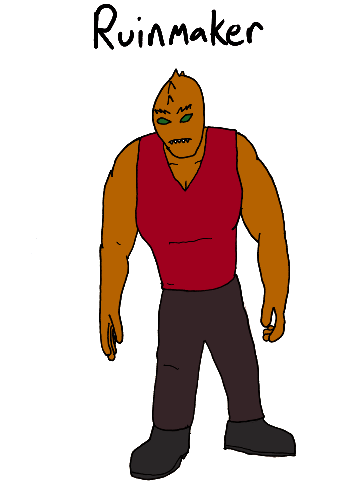 The woman now called Ruinmaker was the only of the Gross Girls who actively sought out Gross because she wanted superhuman powers. She got them. Ruinmaker is a deadly thing, strong and terrible, capable of healing extremely quickly. This kind of rapid cellular regeneration is of particular interest to Gross, who thinks it may be the key to finding her cure. Ruinmaker doesn’t really care. She just likes being the strongest.

In spite of the juvenile name, this is not a collection of characters I created in my youth (though there was a sketch of the one who became Rolling Chaos in my notes). I’m nearing the end of the Supervillain Sunday year and I wanted to use up a batch of the sketches that I didn’t have any particular idea, so I took a bunch and crammed them into this one team. Distortia, especially, was just a particularly poorly drawn sketch that I decided to go with anyway. But in the end, I used a bunch of sketches, and that is what is important.