Network City, corrupt as it is, is a place of rules and order. With cybernetic police soldiers patrolling the streets and every corner of the city watched by cameras, rebellion is hard to do. So those who do rebel have to rebel hard: 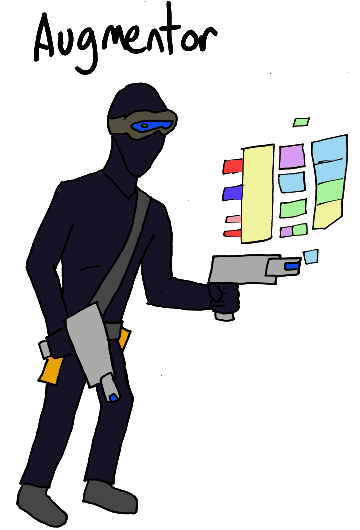 Network City is the world’s technology leader, so with his exceptional hacking skills (using augmented reality goggles and “hacking guns” of course), Augmentor is right at home. He is the leader of the group, inasmuch as they have a leader, and he is also responsible for their ability to escape the omnipresent cameras and police databases. He probably pretends like he is fighting against the fascist pigs who run the city, but that’s just an excuse to do whatever he wants. 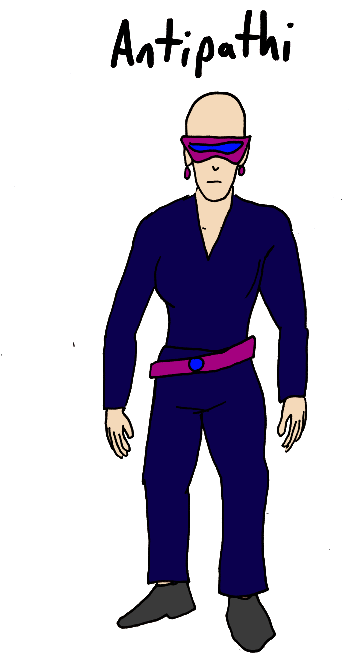 Antipathi has nanotechnology coursing through her veins, keeping her muscles and bones superhumanly strong and making her quick and agile. She also has a general hatred for humanity coursing through her mind. Her alliance with the Bastards is mostly just a convenient means for her to punch stuff and hurt people. She’s good at it too. 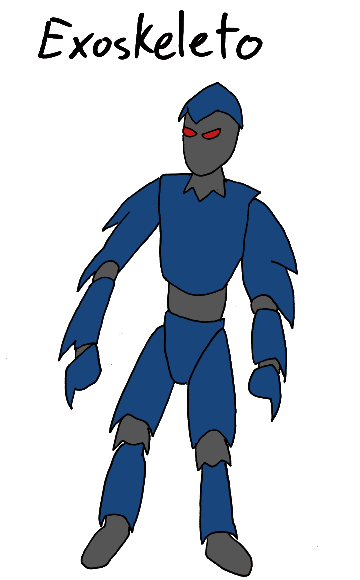 A cybernetics genius with a bad attitude, this teenage troublemaker wears a powerful cyber suit that makes him a physical rival of even the strongest cyborg police officers in the city. And he is always ready to prove himself in a fight. Exoskeleto’s favorite activity is showing off just how powerful he is. That can sometimes lead to problems when the rest of the team is trying to be subtle and Exoskeleto is aching for a fight. 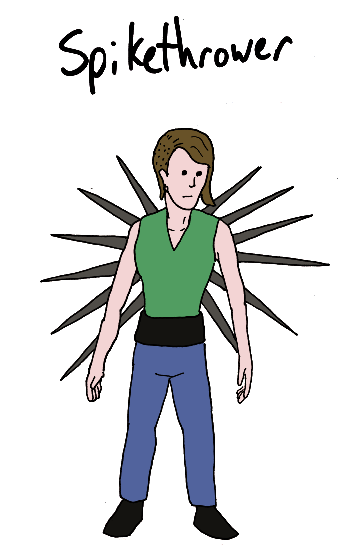 Spikethrower throws spikes. She has cybernetic devices in her bones that, in addition to giving her an unnatural jumping ability, also produces metal spikes that “grow” out of her back. When you’ve got spikes, might as well throw them, right?

These four characters: I had not drawn them with any connection in mind, but I figured that grouping them together would move us along more quickly. It does also help me fill one niche: This is less true than it was when I was young, but teenaged villains were once not particularly common. For the longest time it seemed that teenagers would be the super heroes and they’d fight adult criminals (starting with Spider-Man, I guess). I suppose this was about appealing to the target audience, youths, but c’mon… we all know that actual teens are jerks. Let’s let them be super-jerks. (“Prove me wrong, kids! Prove me wrong!”)