In the dystopian world of Universe Red, there are a multitude of evil governments. One of these, based in Europe, is an extreme right-wing group that holds on to power with an army of superhuman agents. They are: 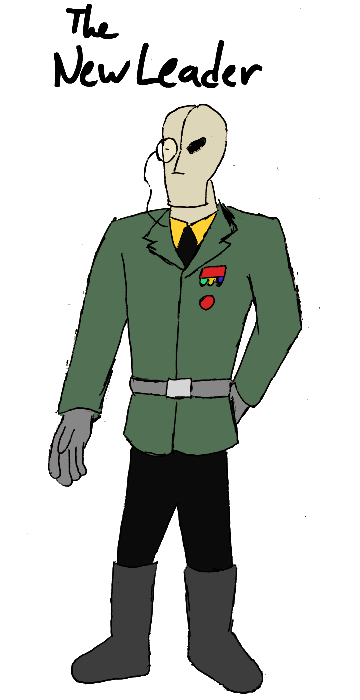 Manfred Feigenbaum is the masked leader of the Nuclear Nazis. Though he began his career as a relatively normal, and relatively unsuccessful, politician, some radioactive accident has transformed him. It is rumored that beneath his mask he is deformed, though that rumor is false. The accident, rather than marring Feigenbaum, has improved him, has made him superhuman. He now feels that the masses are undeserving of seeing his visage. Having not aged in the two decades since his accident, the New Leader of the Nazi party feels confident that he can play the long game and guide the world toward a glorious new Reich. 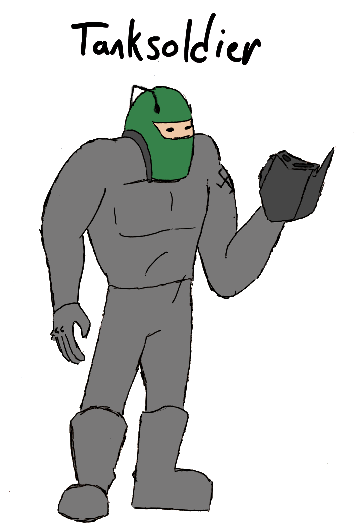 Willie Andrews, Jr is an American. Raised in an impoverished town, Willie was in and out of prison for years and found his place among a white supremacist group. When the Nuclear Nazis came to power in Europe they put out an announcement that they would accept white immigrants who wanted to join them. Once there, Willie applied to the army and was accepted to the superhuman agents program. Given superhuman strength and a suit of armor with guns and stuff, he became the Tanksoldier. 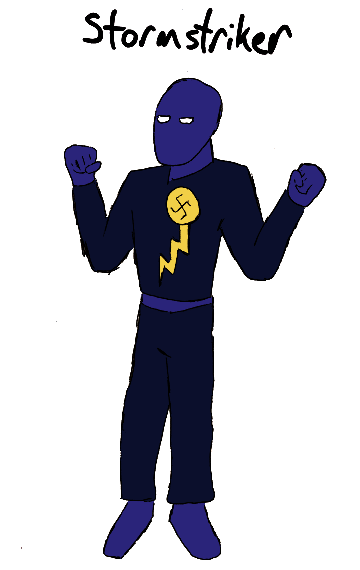 Jean-Francois Venner is a French teenager who ran away from home to join the Nuclear Nazis, wanting to get on to what he considered the likely winners of the war in Europe. Also a graduate of the superhuman agent training, Jean-Francois has the ability to fly and shoot bursts of electricity. His brother has since become a prominent solder for an opposing government, also with super powers. 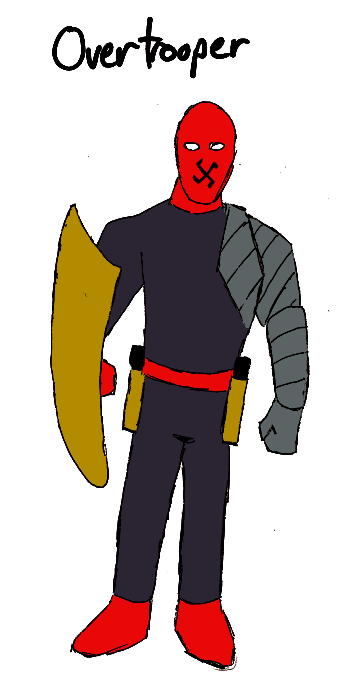 The identity of the Overtrooper is unknown. He is touted as an example of the ideal soldier, and indeed he is a force on the battlefield, but he has never spoken in public. It is almost as if he has no personality at all beyond his role as solder. Which is, perhaps, the ideal solder after all.

Okay, notes: Nazis and superhero comics have been together a long time. It makes sense considering the Golden Age of superhero comics was almost exactly coincides with the Second World War. And, to make it that much easier, the Nazis come as close to supervillains as you can get in the real world. They have their recognizable uniforms and ideals that can pretty much only be seen as evil.

Still, I kinda want to see less of the Nazis in superhero comics. It’s overdone. I mean, my favorite villain in superhero comics is a Nazi (well, when written well the Red Skull will use any ethos to further his evil ends, but most often that is Nazism). But in cases like Captain America, having the villains he fought in the war still be active today makes it seem like the heroes haven’t accomplished a damn thing. In any case, the Nuclear Nazis here would be a Neo-Nazi group with no members dating back to the original Nazi party.

I inked these guys after the pen I liked best ran out of ink. I’m not really happy with the way they turned out with the very thin pen I used. But who cares, really? Also, all four were taken from old Junior High-era PDR sketches, which means that though I see some similarities between Overtrooper and the Winter Solder, my design came from the era before either the movie or Bucky’s return to the comics, so I don’t have to feel bad about it.

Finally: in the Europe of Universe Red I have also established the character Killshadow. Something could be done with that.