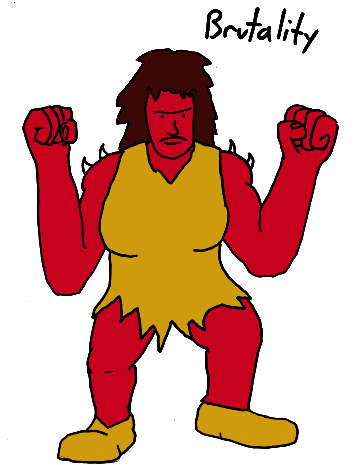 In the battle that was the dawn of time, The Great Genitor, the Space Spirit of Creation and founder of the Astrolympians, banished the Twin Emptinesses to allow room for existence to exist. But Genitor’s victory did not mean there was an end to battle. Even to this day, Genitor’s daughter, the Space God of Courage Valia, has to deal with several enemies powered by the negative influence of the Emptinesses. Lord Terryr, the Space God of Fear, for instance is the son of an Emptiness, but not all of their servants are their direct offspring. The Astrolympians’ Space God of War has many children, some among them allies to Valia, but a set of triplets begotten by War and the Space God of Hatred are among the most problematic foes Valia has to face. 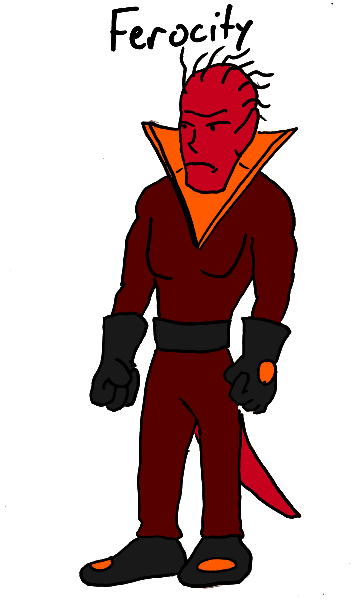 The Violence Sisters, Cruelty, Brutality, and Ferocity. As with all gods, Space or otherwise, they are the living embodiments of the things they symbolize. While Lord Terryr is out for his own goal of domination of humanity, the triplets are loyal to the Emptinesses and their goal of destroying creation. The sisters dwell in the Caves of Emptiness, a sort of pocket dimension full of portals through which they can view and travel to the Earth. By influencing events, often taking the form of mortals to influence events so that any potential conflict escalates to the deadliest outcome they can.

There is no hierarchy among the group, each contribute to their cause as needed without any need for discussion. Ferocity is most likely to incite a crowd to violence, Brutality is the one who works to ensure that that violence is as savage as possible, and Cruelty exists to make sure the violence lasts as long as possible. It is up to Valia to show the mortals that sometimes the braver way to act is not to resort to violence. But luckily for her, she also gets to beat up on this terrible trio to further that cause. 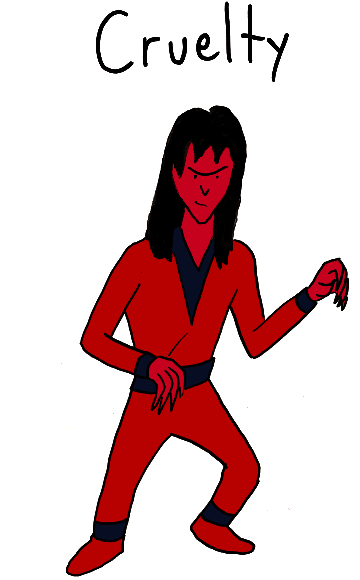 I guess I can also mention that I originally sketched Brutality and Ferocity separately without any intentional connection between the two. When I picked up on their similarity, I added Cruelty because I felt like a trio would work even better. With that done, seeing they were named after concepts, I figured they’d fit into a pantheon of gods and it turned out I already had one of those lying around. The triplets were a perfect fit for the Astrolympians. I had already given Valia one villain in the form of Lord Terryr, and I hadn’t planned on spending so much time building up her supporting cast like this, but I do find that the Astrolympians are one of the things that have come up in my Super Sundays that have best stuck in my mind. I will possibly return to them at some point. But considering that neither these nor Terryr were intentionally created for that purpose, it will probably have to happen unintentionally.