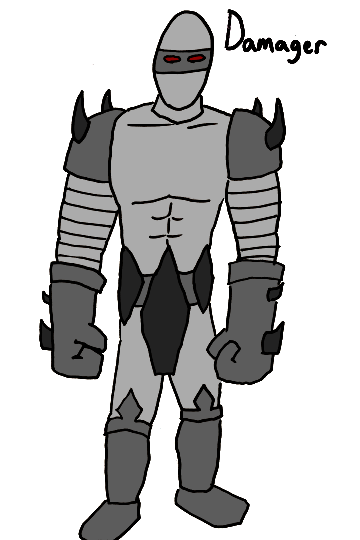 When John Leong first woke up in smooth silver armor that he couldn’t account for, he was confused. It vanished into the thin air as soon as he removed it, but returned when he awoke the next day. This became a daily routine for Leong. A teenager at that time, Leong kept this secret and tried to continue his life as normal. But Leong had problems other than this. He had anger issues. He was greedy. Together, these made him a violent man, the type who would mug someone on the street or hold up a liquor store. It didn’t take long for him to realize that with every selfish crime he committed, the mysterious armor grew more villainous looking, getting larger and growing spikes.

That was when it occurred to Leong to try keeping the armor on. He wore it to a bank and demanded money, in the process learned that it tripled his strength and was utterly bulletproof. And by removing it, he could blend into a crowd and make his escape. And, of course, it kept growing more powerful with each crime.

I drew Damager and I was like “Well that’s pretty generic. My options are: bury him in a team of supervillains, or make his story unusually unique.” I aimed for the latter and hopefully I did a sufficient job. 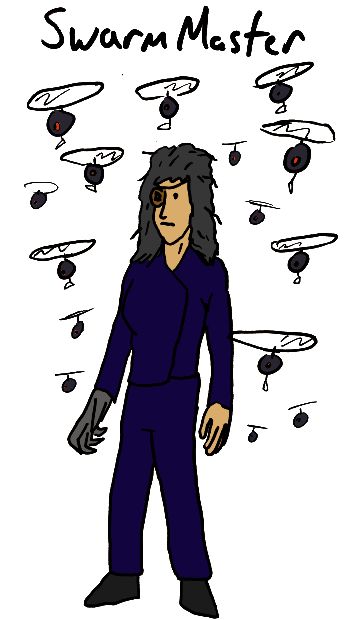 Doctor Emily Clayworth was always good at multitasking. Attaining degrees in several scientific fields by her early twenties, Clayworth had a promising career ahead. That is, until she discovered her great invention: tiny robots that she could control with her mind. A discovery like that would have plenty of legitimate uses, but Clayworth decided to go another way. The crime way. None of her associates are sure why she chose a life of crime, but some suspect that the fact that she places one of her own brain cells into every one of the robots she creates could be a contributing factor.

With drones that fly and drones that slither and even drones that are equipped with weaponry, Clayworth is, at all times, receiving sensory information from hundreds or even thousands of different sources, but she somehow manages to keep it all straight and organize intricate, if questionably motivated, crimes.

The Swarm Master is a character I actually sketched when I was planning to do a post of lady mad scientists, but I misplaced it and sketched the other ones instead. But now that I’ve found this one again, there’s no point in letting her go to waste. The thing about the robots having Clayworth’s brain cells in them is, I’m sure, totally unscientific, but I think its madness makes up for that.