I think it is long since time I presented another superhero team:

Crew of the Cosmic

The Crew of the Cosmic are a team of superheroes working for an international space program. In a world filled with supervillains and conquering aliens, a team like this is a necessity. I often encounter an attitude in the real world that space exploration is a useless waste of taxpayer money, so if I were to tell actual stories about this team, in addition to all the usual adventure action, I’d be trying to draw attention to all the very real ways space exploration has helped out everyday lives, and how little funding they actually get compared to programs I like a lot less. But mostly, it would be about adventures.

Sandra Collins’s mysterious moon gloves give her the ability to somewhat control of gravity. Reducing the weight of something, she can lift it over her head with little effort. She can also, at a touch, increase an enemy’s gravity rendering them unable to move. Also, she can punch real hard. The leader of the Crew, Captain Collins is strongly devoted into helping humanity find its place in the universe. 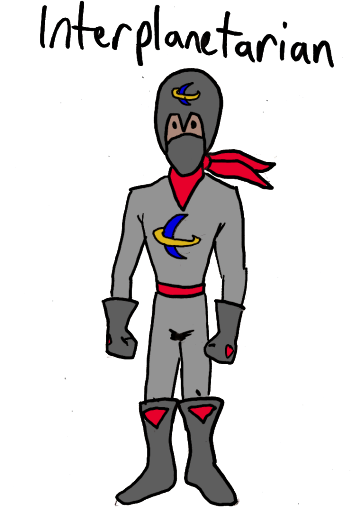 Humberto Noriega is The Interplanetarian. With powers ideally suited to existing in space (he can survive in the vaccuum, fly unaided by technology, and so on), he has joined the Crew for reasons of money and fame. He presents a swashbuckling personality, which can grate on the rest of the team, but keeps him popular with the public. Since space programs are hard up for funding, the public’s love gives him a lot of clout. 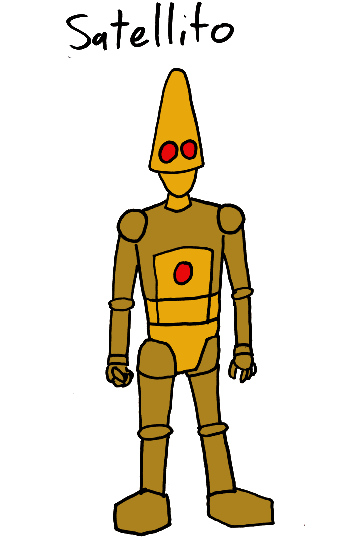 Satellito (Officially named Satellite-Zero) is the team’s robot, filled with sensors, as well as being their constant connection to Earth. Originally designed by a supervillain, Satellito is also packed with gadgets and weaponry that can help in any situation. What the team doesn’t know, however, is that some of Satellito’s original programming still exists, and it is in a constant struggle to keep from turning against the team. 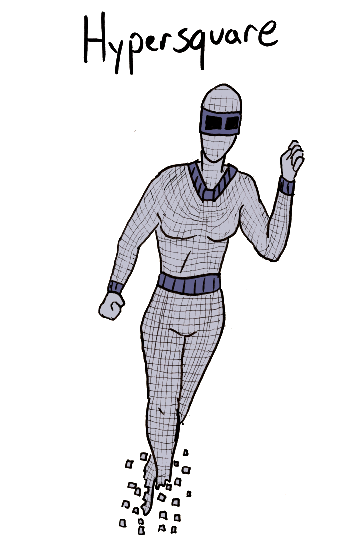 Claire Weber wears a suit that allows her to move through space by a kind of teleportation. By breaking herself into a series of two-dimensional squares, Claire can move about and re-form at a new location. It is not as instantaneous as many teleportation processes seen on television or movies, but it is definitely handy in space exploration.