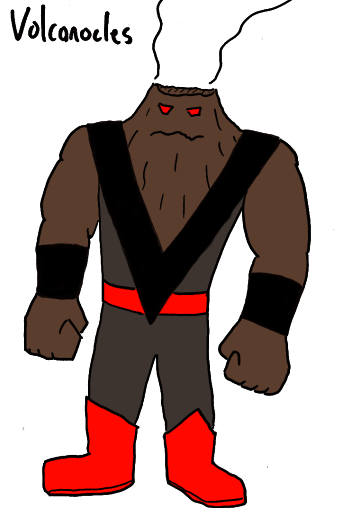 Volcanocles, the volcano that walks like a man, is a fearless champion, a raucous warrior, a man of rock and magma who strides the Earth like the heroes of old. With the strength of a demi-god and the powers of a volcano, Volcanocles is a larger than life figure like those of myth. He is very concerned about his reputation and will go out to fight monsters just for the renown and he will challenge other heroes to competitions. Still, he’s one of the good guys and his grand sense of honor means that you can count on him to be on your side when there’s some big and important threat to deal with. And afterward he will be the first one to buy you all drinks (alcohol works on man-volcanos, I guess). 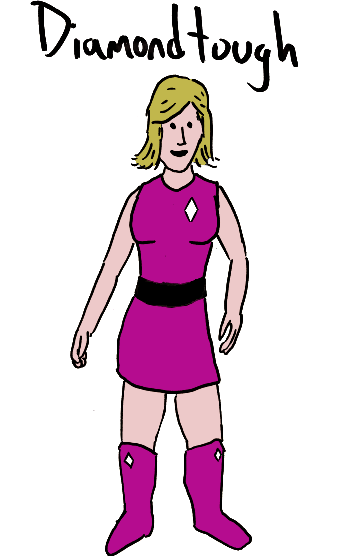 The Fighting Diamond was a superhuman vigilante who fought crime in her crime-addled neighborhood for a decade until her powers faded. She missed the superhero life, but found other, perhaps superior, ways to support her community as a lawyer. Eventually she gave birth to a daughter, Maggie, who, upon reaching puberty, developed the same super strength and amazing durability that the Fighting Diamond had had.

Styling herself as “Diamondtough” Maggie starts her own superhero career, against the wishes of her mother, who has come to realize that beating up criminals isn’t necessarily the best way to improve the world. Maggie, meanwhile, is very aware that her powers will probably not last forever and could fade like her mother’s did and wants to do as much as she can with them as fast as she can.

Diamondtough was one of those drawn-on-the-spot sketches. We’ve got a pretty simple premise here: rebellious teenage daughter in conflict with mother. I threw the concept of her superhero identity being a legacy thing, because it really gives the mother more credibility on the topic.