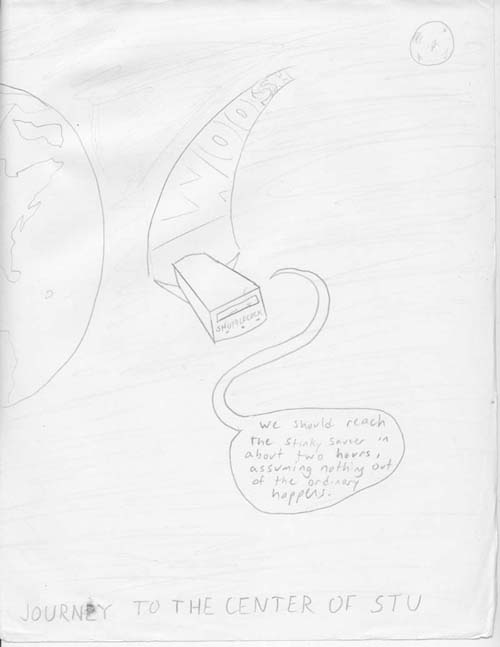 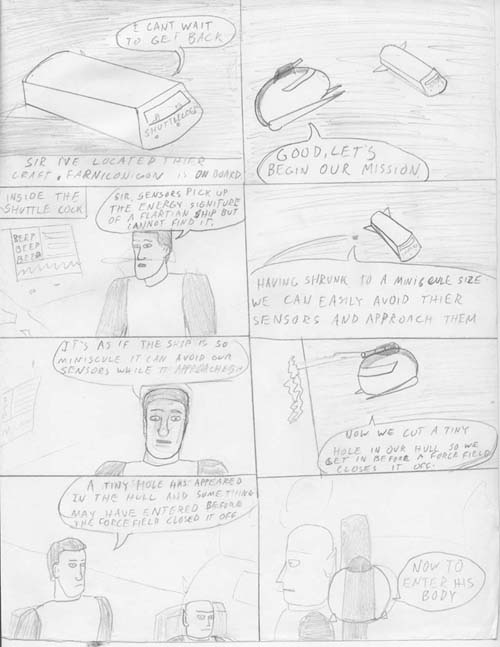 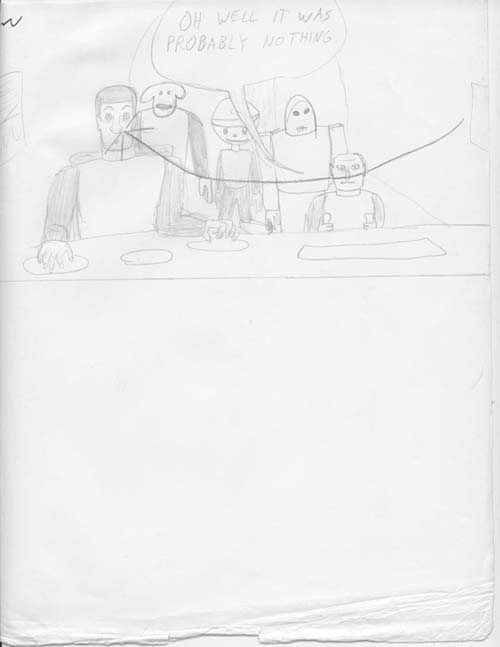 And that was all I did. Now, I was going to have the heroes have to shrink down and go inside Stu to fight the bad guys, but instead I just left it there. I suppose that, if you look at it from the bad guys’ point of view it is almost a story. They have to attack the good guys, then they attack the good guys. Story over. Though judging by that last panel I think I might have been planning to have them mean to get inside Farniconigon but ending up in Stu by accident. Oh well. Whatever.