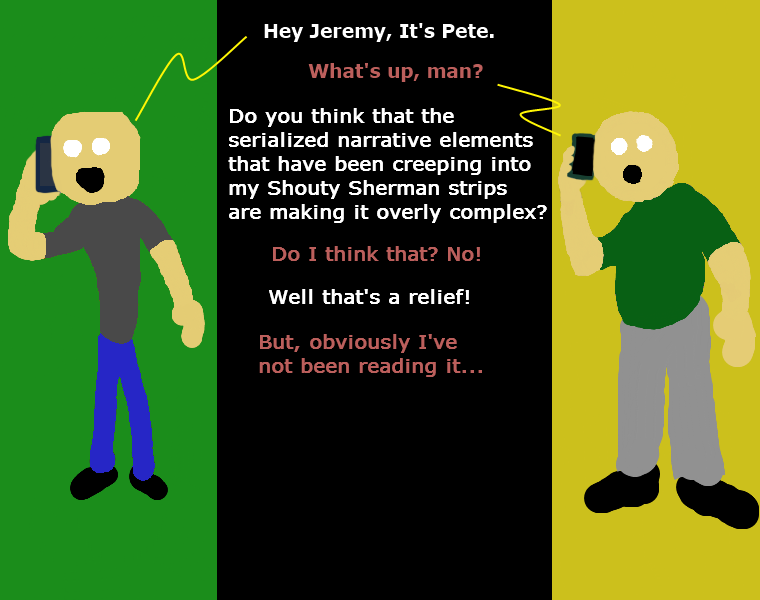 Strondovarian culture is all about keeping up to date on the latest information from the Knowledge Base, so it is important to have a constant connection to that source. While every home and building on Gurx would have built in terminals and relays that are active at all times. But what is one to do when not at home? What if you’re walking down the street and you need to get in touch with the world? That’s when you’d use a portable device, like this one: 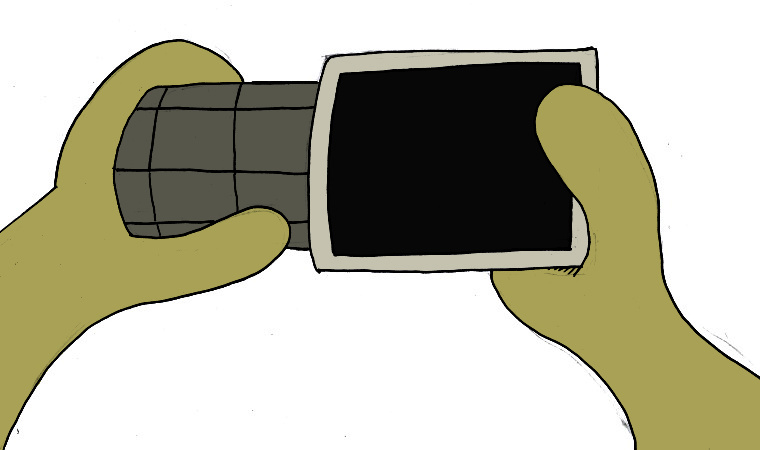 Almost every Strondo you see out and about has a small portable device like this one, which they keep in a fold inside their mouth when not being used. By any door in a Strondo building you’re likely to see a shelf with several such devices to be taken by anyone who needs one while they’re away. And because their hearing organ is also in their mouth, it is not uncommon for them to keep an audio feed on, at low volume, just to stay up to date.

If you are working on your portable device, but then want to use a wall terminal, you just put down the portable and use the wall terminal. It will instant be displaying the same information you were just looking at on the other portable. And if you hand your portable to your child, it will instantly display that child’s information. A combination of biometrics, and just the fact that the Knowledge Base keeps pretty constant track of who is doing what, means the devices know who is using them and knows what it is supposed to do for each and every user.

(Incidentally, on the topic of Strondo technology: One of the ways humans would be confused by Strondovarian culture is their attitude toward possessions and belongings, such as their portable reactive devices. Strondos just don’t share our human attachment to stuff. If a Strondo isn’t actively using a thing, they see no reason that someone else shouldn’t be allowed to walk up and take it. This attitude has been present in Strondos to some extent since they came to be, but it has truly been cemented in the last ten thousand years or so, with Strondo culture and technology coming into its present form. A Strondo has no need to hold onto a physical copy of a book or a piece of artwork when the Knowledge Base has all the content safely stored and easily shared.) 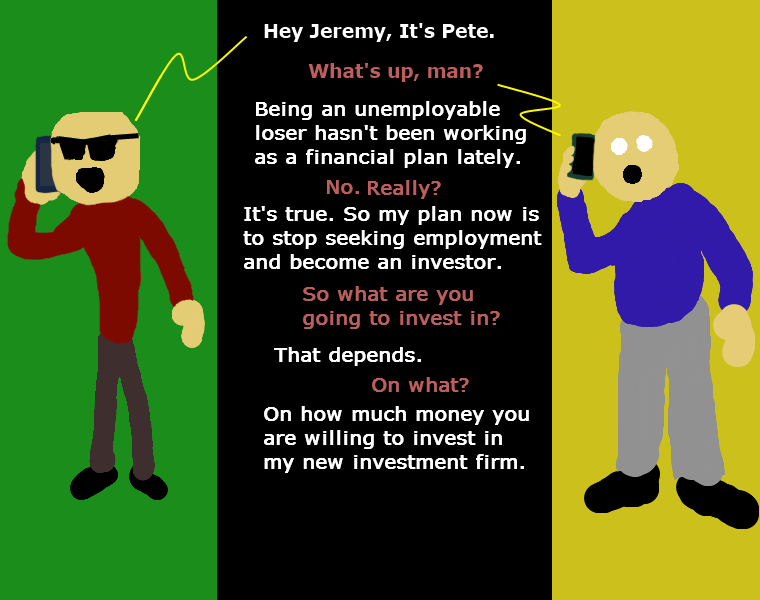 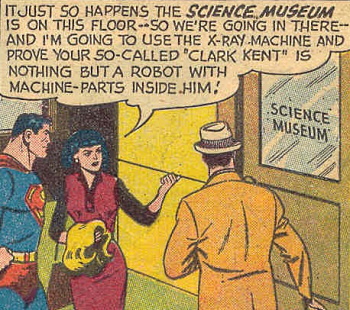 The easy joke about Lois Lane is something like “If she’s such a good reporter, how come she can’t tell that the guy she works with is Superman except he’s wearing glasses?” This is all well and good when done in jest, but sometimes people who don’t care for Lois will use this as actual evidence that she’s not a good reporter. The temerity!

Over the decades of Superman’s existence we’ve had almost every kind of story play out with these characters. More often than not these days, Lois does find out that Clark is Superman. I don’t know that there’s been a Superman continuity for decades in which Lois doesn’t find out Clark’s secret identity (actually, maybe the Superman Returns movie, but I legitimately don’t recall). When people mock Lois in this way, they’re actually mocking the Silver Age Lois, which is probably still the most iconic version of the character, which is a shame because it’s not the best by any means.

But even that Silver Age Lois was suspicious that Clark and Superman were one-and-the-same, right? You Loismockers have to admit that. And how did Silver Age Superman escape her suspicion? He used robot duplicates, hypnotism, amnesia, shapechangers, time-travel, and all manner of other Super-Schemes to throw her off the tail. Superman had to use these high-concept deity-level tactics to avoid being found out by Lois Lane, ordinary human reporter. And she was STILL suspicious of him. If anything, Lois Lane’s inability to prove the Clark-Superman connection in that era is a sign that she’s capable of rivalling a human god in a grand intellectual game. Lois Lane is not a bad reporter, people. She’s a super-reporter.

I feel like it is important to note that Bob Farrell, the Rocket Racer, is at least as old as Peter Parker, the Spectacular Spider-Man, if not a year or two older. The only time we’re given an exact age is Spectacular Spider-Man #104, in which a newspaper article notes that Bob is twenty-three years old. This is in an era when Peter was in university, and so probably only around twenty-one himself.

But some of the stories that came after that had a tendency to act as if he were a teenager. When they told the story about Bob going to university, they felt the need to include a line about him passing a high-school equivalency test first, forgetting that he was already an adult high school graduate when he first appeared. When he tried to register with the government as a superhero, they stuck him in the “Avengers Academy” for training alongside a bunch of teenagers. And later, when one of those same teenagers tried to gather a bunch of other young heroes to fight a threat that could control adults, they included Bob on a list of potential recruits.

It’s clear that people, both inside and outside the Marvel Universe, think of the Rocket Racer as if he were a teen.

There’s something to be said about the way society treats Black men simultaneously as naive children when it wants to and other times as dangerous adults, but I don’t think that even I can say that’s what’s been happening in Rocket Racer stories. I really just think that people have an understandable tendency to assume the skateboard-themed character is a teenager. If I were to start telling someone about a skateboard-themed character from superhero comics, I’m confident most would assume “teenager” until told otherwise. And, indeed, the idea that he’s got an embarrassingly “childish” style is one source of Bob’s self-esteem issues.

I don’t have much of a deeper thought behind this post. I’d just like for writers to remember Bob’s correct age when they write him. For posterity I must note: Bob’s appearance on the 90s Spider-Man animated show did indeed treat him as a teen. Perhaps that’s correct way to have taken the Rocket Racer, but I think his adult failures in the real Marvel Universe make him a more compelling character.